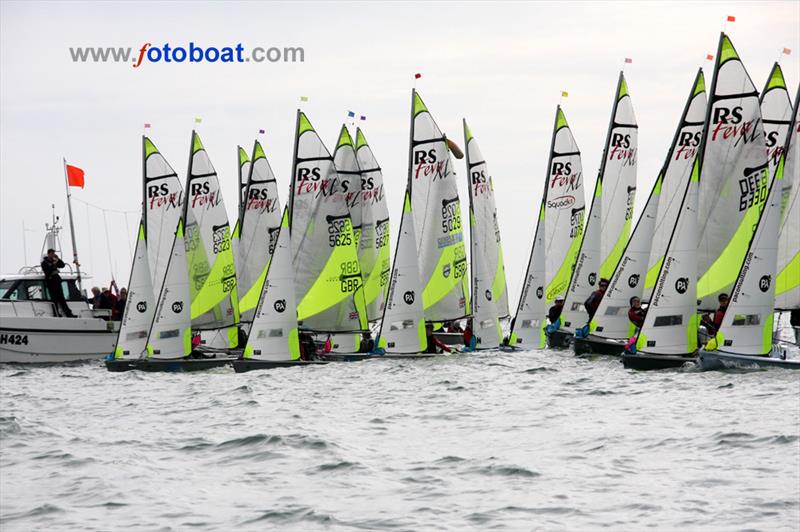 The 2nd in the series of the RS Feva VOLVO Grand Prix to place at Exe Sailing club in beautiful Devon. This event being the second selector for RYA UK Junior Squad, Class National Squad and Zone Squads so a lot to play for, for many of these young sailors. Principal Race Officer Phil Morrison set the tone for the weekend and sailors took to the water. Close racing throughout the fleet over the weekend with varying strength, shifty winds, waves and tides keeping the sailors on their toes and testing their ability in a range of conditions throughout the weekend.

At the prize-giving Stevie Morrison, former World Champion 49er and Double Olympian helm, shared his experiences of sailing on the Exe and presented the main VOLVO and Magic Marine sponsored prizes to the top six places.

Peter Dixon Chandlery, local to the club also supported the event – providing some motivational spot prizes for ten teams outside the top six.

Our thanks go to Exe Sailing Club members who made the fleet feel so very welcome, VOLVO for their ongoing support and also allowing 3 lucky winners the use of their fabulous VX90s for the weekend and Magic Marine for the prizes.

Next event will be the Winter Championships at Weymouth and Portland Sailing Academy, this will be a combined event with the RS 200 fleet so we hope to see lots of past Feva sailors, parents and new friends to the RS Feva fleet out on the water as well as, of course, our jolly RS Feva sailors too!