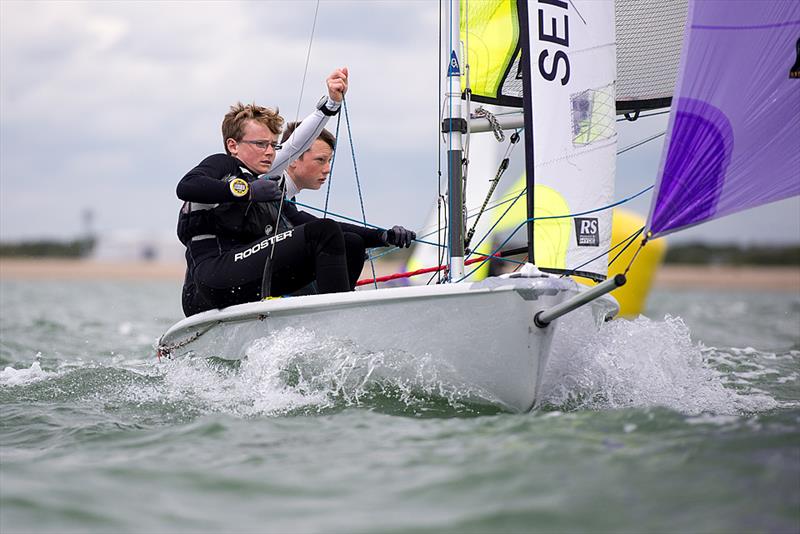 Stokes Bay marked the last Volvo Grand Prix of the 2013/14 series. A total of 48 boats entered, most arriving on Saturday morning to find breezy conditions and big swell. The fleet launched with a start line just 100 m from the shore, providing spectators with an excellent view of the race course. Some competitors decided it was too breezy to sail and waited on shore for calmer conditions.

Race 1 started cleanly with the fleet splitting up the first beat with Ben Todd and James Hammett leading at the top mark, the rest of the fleet not far behind.

At the leeward gate Ben and James were still leading, but by this time Ed Norbury and Charlie Hutchings were in close 2nd, with Harvey Martin and Bobby Hewitt not far behind. Positions stayed the same, until the final run when Ben and James took the line honours but Harvey and Bobby sneaked past Ed and Charlie to take 2nd.
Race 2 was postponed just before the go and then the black flag was hoisted. The restart was all clear with most of the fleet going left. Ed and Charlie led at the top mark this time, with Harvey and Bobby in 2nd and Ben and James in 3rd. No changes for the rest of the race so the top 3 boats were all on equal points.

Sunday dawned with hardly any wind. The fleet started Race 4 on time with a big left hand shift coming in half way up the first beat. Will Taylor and Rupert Jameson led at the first mark, with Henry Jameson and Charlotte Ormerod in second and Harvey and Bobby in third. The race committee shortened the course to only one lap with no changes in positions occurring for the remainder of the race.

Ahead of race 5 the committee relaid the course before getting a clean start. Left was the way to go. 2 laps later Harvey and Bobby took the win, with Fin and Dan Armstrong getting a 2nd, and Piers Nicholls and Freddie Peters in 3rd.

The final race saw a huge line sag with the breeze dropping off further and some boats not making the pin boat. Again left was the way to go up the first beat, but on the second Jack Lewis and Lucas Marshall played the middle in less tide and took the race win, with Harvey and Bobby in 2nd and Ed and Charlie in 3rd.
Thanks to Stokes Bay Sailing Club for putting on a great event & Sailtek Ltd for their event sponsorship as well as Volvo Cars UK for their continued support of the GP series. 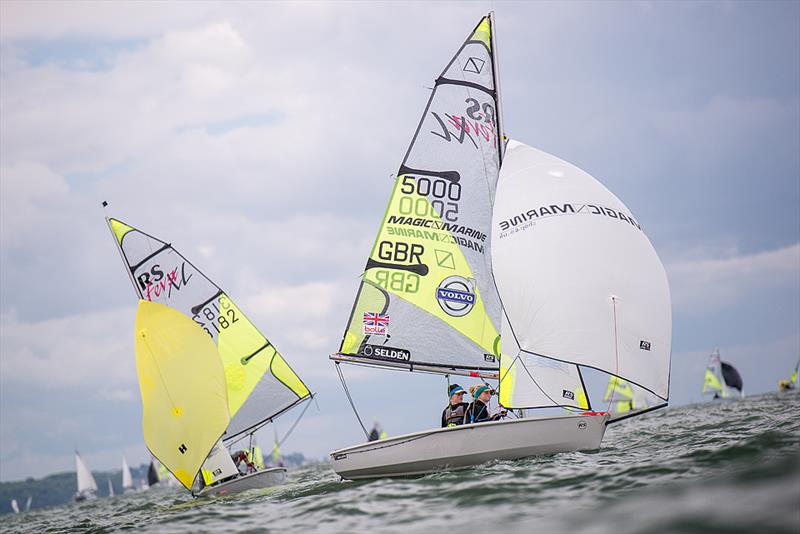 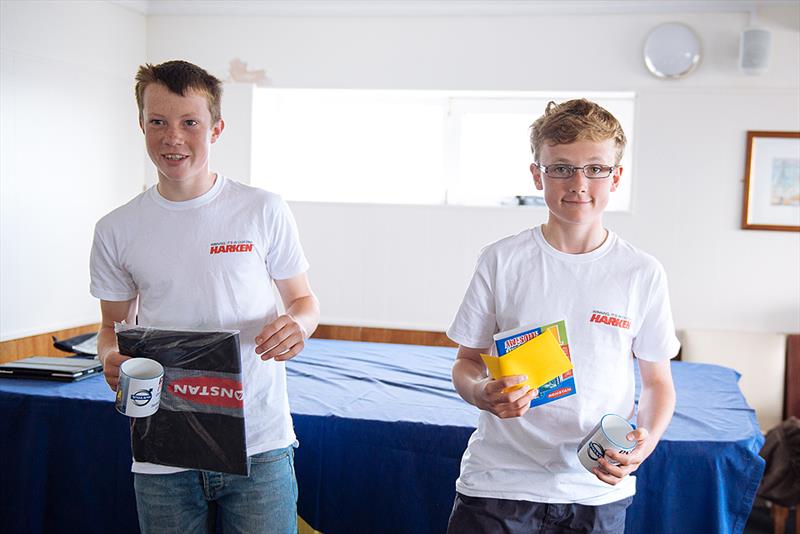