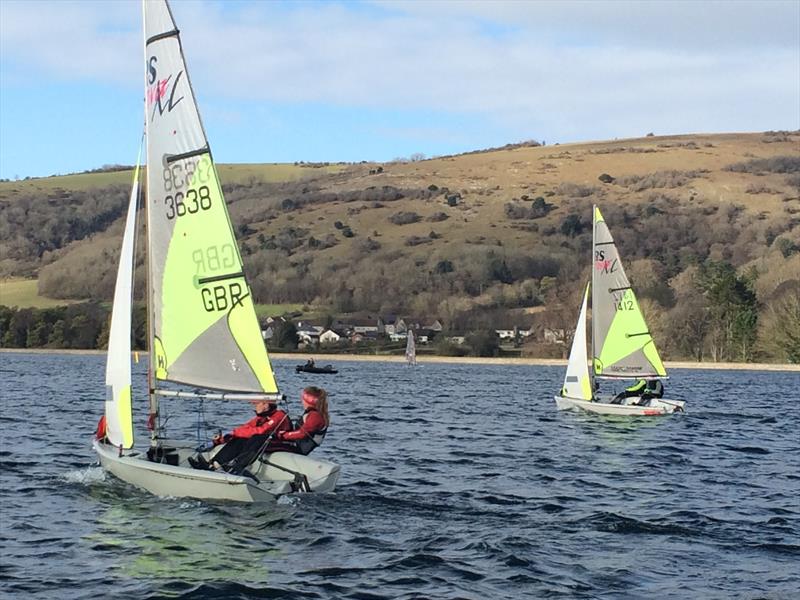 Tom Storey and Oliver Kent secured the event win at the second of the RS Feva 2016 Northern race series sponsored by Neil Pryde.  The sailors were confronted with light sailing conditions during the first two of 5 races at Yorkshire Dales sailing club on Saturday the 11th June with the Rastrick brothers securing the first win of the day.  Tom and Ollie then took the honours in the second race followed by Pierce Harris and Alfie Cogger from Windermere School.

Following lunch, conditions improved slightly with Tom and Ollie winning the first of the three remaining back to back races. The Rastrick brothers came back fighting in the second of the afternoon races to secure the win with Pierce and Alfie taking second place and Tom and Ollie third.

With everything boiling down the last race of the day and it was Tom and Ollie that got the clean start at the pin end which decided the final race with the Rastrick bothers second and Ben Batchelor from the Isle of Man and Roscoe Martin taking 3rd place.

Thanks go to everyone at Yorkshire Dales sailing club for hosting a great event and with the race series still wide open, we are looking forward to seeing as many RS Fevas as possible at the next events on the Isle of Man on 9 & 10 July and at Filey on 16 & 17 July.  Details of both events can be found on the RS Feva class Association website.