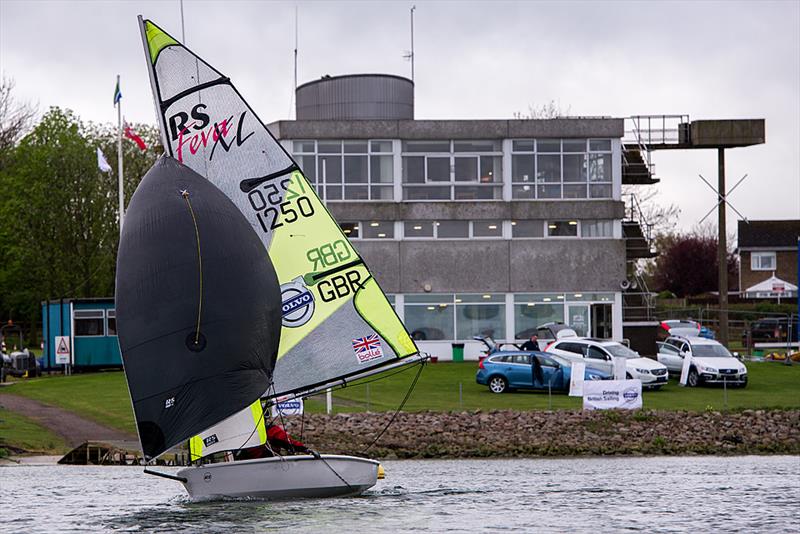 Grafham Water SC hosted the 3rd Volvo Grand Prix of the series over April 5th/6th. The wind behaved for a change with 15 knots & perfect conditions.

The first start saw the fleet off the line cleanly. A perfect start from Jessie Main & Poppy Gilks helped them to lead the fleet upwind.

Hannah Tucker & Bethan Matthew were first at the top mark followed by Chris Edmonds & Jess Harding as the wind dropped & the rain started!

By the end of lap one Piers Nicholls & Freddie Peters were leading from Hannah & Bethan; while Harry Barker & Josh Beck climbed up to third. By the second windward mark Piers & Freddie still lead; 2nd Cris & Jess; 3rd Harry & Josh. Places held for lap 2 as the wind increased back to 15 knots & much to the pleasure of the race team the rain stopped. Race one was a clear win for Piers & Freddie; Harry & Josh second with Harvey & Bobby third.

Race two was lead by Daniel Lewis & Elliott Marshall at the first windward mark from Chay Taylor & Philippa Blunden. At the end of lap one Dan & Elliot had a clear lead with the pack behind being incredibly close. Kathryn Hutton-Penman & Matthew Jayasakara squeezed round in second with Piers and Freddie third. At the second windward mark Dan & Elliott lead from Piers & Freddie, with Harvey Martin & Bobby Hewitt climbing to 3rd.

The wind was now consistently over 15 knots but Dan & Elliott held on for the win; 2nd Piers & Freddie; 3rd Harvey & Bobby. 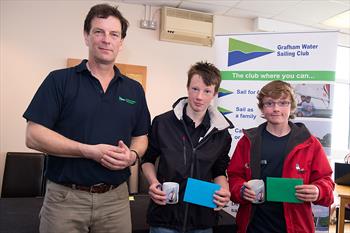 Thank you to GWSC including Peter & Sue Saxton for running some fantastic racing. A huge thanks to Volvo for sponsoring the circuit & supplying cars for a competition enabling the Profitt & Conlan families to arrive in style.