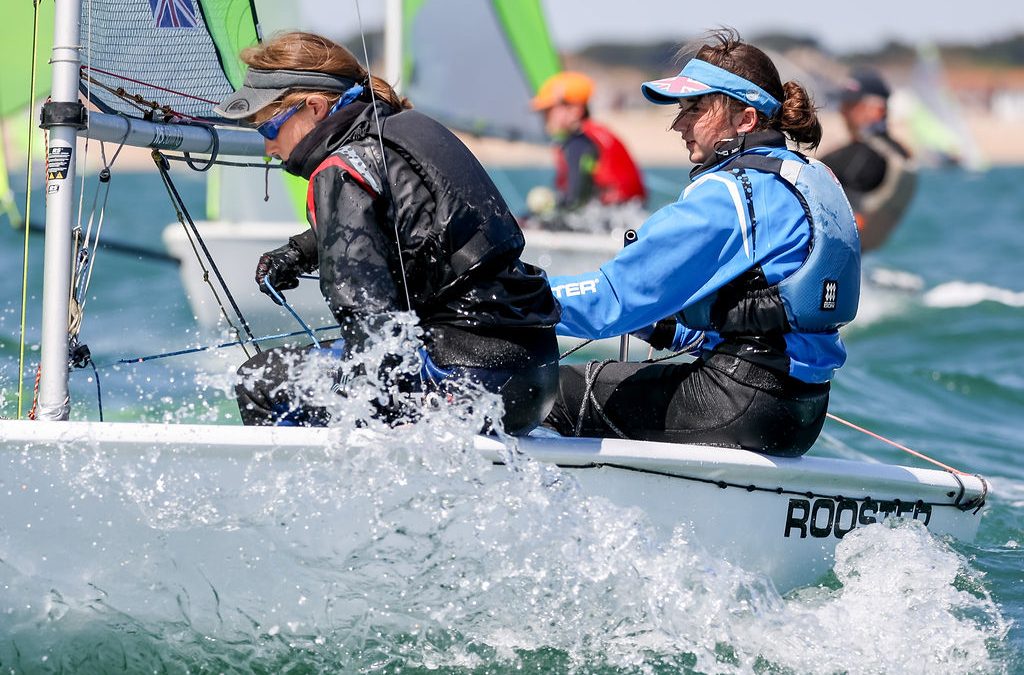 After 4 days of racing on the waters off Hayling Island it is Millie Irish and Jess Powell of Draycote Water SC who take the 2021 UK RS Feva National Championship title.

Millie and Jess entered the event as a Pro Am team, a concept that had been introduced by a past RS Feva Chairman Jon Webster. The idea being that past RS Feva Sailors enter the RS Feva National Championship with new to Feva sailing partner. The newbie sailor would have a boost of confidence knowing that they are in the very capable hands of an experienced friend who knows the boat well and also understands the format for racing. It was clear that under Millies excellent guidance and with her boundless energy and confidence this team would be a force to be reckoned with.

Qualifying and we saw the complete series of 6 races in light breeze with tides sometimes testing the sailors. Toby Aldous and Tom Armstrong battled their way to finish in 1st overall while Katy Jenkins and Amelie Hiscocks came in second place just 2 points behind and Millie Irish and Jess Powell in a close 3rd with 15 points.

Day 1 of final series was tricky but the race team did a great job in getting 2 races completed. The days racing saw Millie Irish and Jess Powell take the top spot on the leader board

Going into the final day the sailors had an early start and 4 races planned, the forecast looked promising. PRO Tim Hancock and his team turned racing around efficiently and sailors enjoyed varying but mostly light conditions.

Race 3 (the first race of the day) and it was HISC team Olly Peters and Josh Stokes taking the win, while Joseph Warwicker and Finley Southon started their climb up the leader board with a second place pushing them up to fifth overall.

Race 4 and it was Millie and Jess back in control with a win, close contenders for the lead Ellen Morley and Hazel McDonnell picked up a BFD. Joseph Warwicker and Finley Southon had a seventh place finish which saw them climb up the leader board again to put them into second overall, five points off Irish and Powell, with two races still to go.

The penultimate race (R5) saw Irish and Powell take another win, while Morley and McDonnell hit the reset button after their BFD taking a second place. Warwicker and Southon, with a seventh place, were unable to apply the required pressure on leaders Irish and Powell ahead of the final race.

The final race (R6) was a true race for the podium! Toby Aldous and Tom Armstrong took a podium place with their final race win, second were Warwicker and Southon, with Irish and Powell safely taking third place and with that the 2021 UK RS Feva National Championships title.

In the Silver Fleet racing was as close as ever. The victory went to Samuel Leather and Ben Anderson of Gurnard SC, we know these young guns have a few more years of RS Feva sailing in them and so looking forward to seeing them climb through the fleet as time goes on!

Leather and Anderson finished five points ahead of Imogen Green and Felicity Angell of Draycote Water SC, with in third place, just one point back, Isabel Massey and Laura Hantrais of ICS/BSC.

Overall the event was a resounding success, Tim Handcock and his team put on some terrific racing, Hayling Island Sailing Club proved to be just the tonic everyone needed and everyone appeared to be very happy!

Our thanks must go to Barney from Gorilla Robes who supplied some terrific prizes consisting of towelling and luxury waterproof changing robes and RS Sailing the RS Sailing Store vouchers.

Big thanks also to Hayling Island Sailing Club for hosting the event, Simon Benson for the help and support to get the event planned and delivered, Leah for doing pretty much everything she could to ensure the event ran as smoothly as it did and of course our superb Race Officer Tim Handcock who was just brilliant! There are too many to thank by name, it takes a real army of extremely passionate people to make these events happen and we write on behalf of all the competitors, their families, supporters and the UK RS Feva Class Association when we extend heartfelt thanks to all involved.

Special Sportsmanship prize to Zoe Scribbans and Anna Bullion due to the efforts, help and support they gave to fellow competitors who had been struggling with their spinnaker on the way out to the race course.

This is for Parent /Child, siblings or closely related 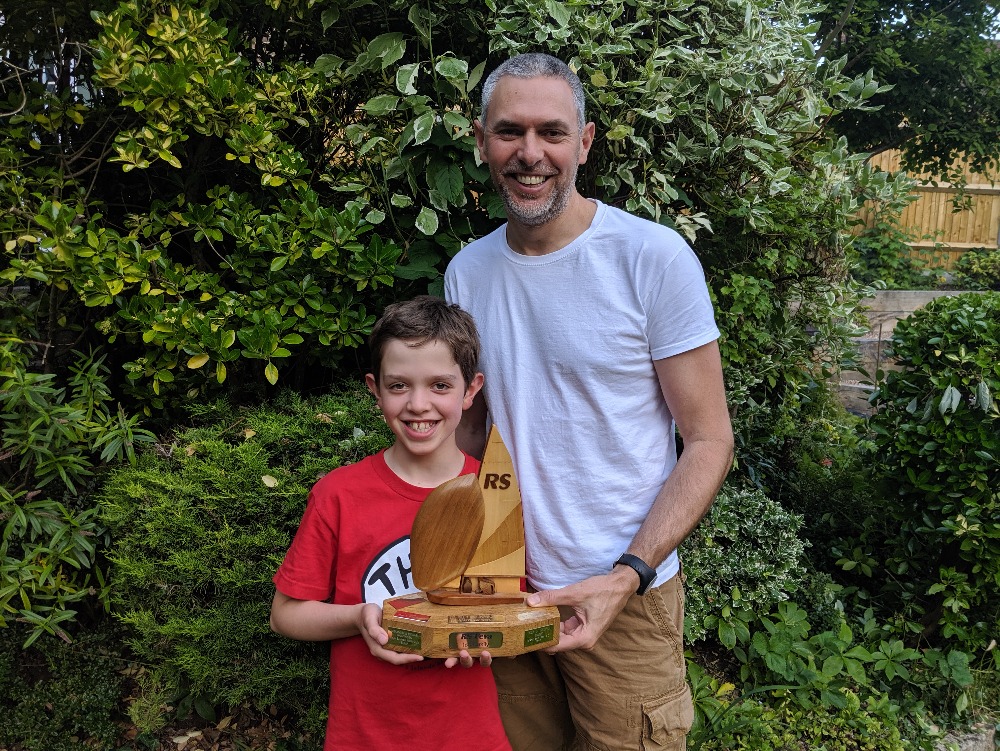 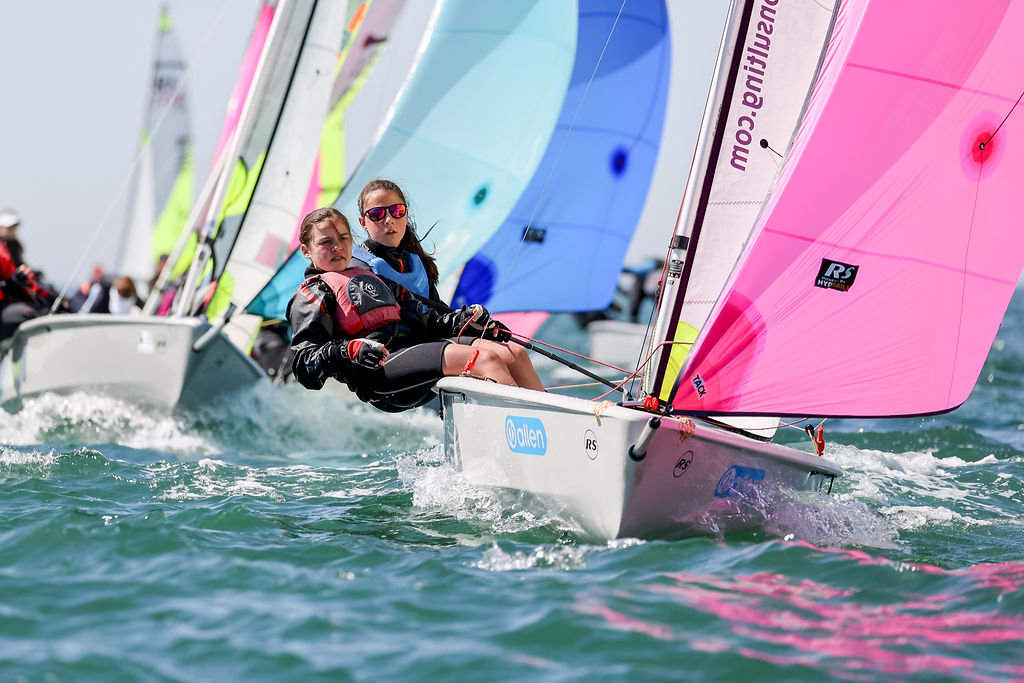 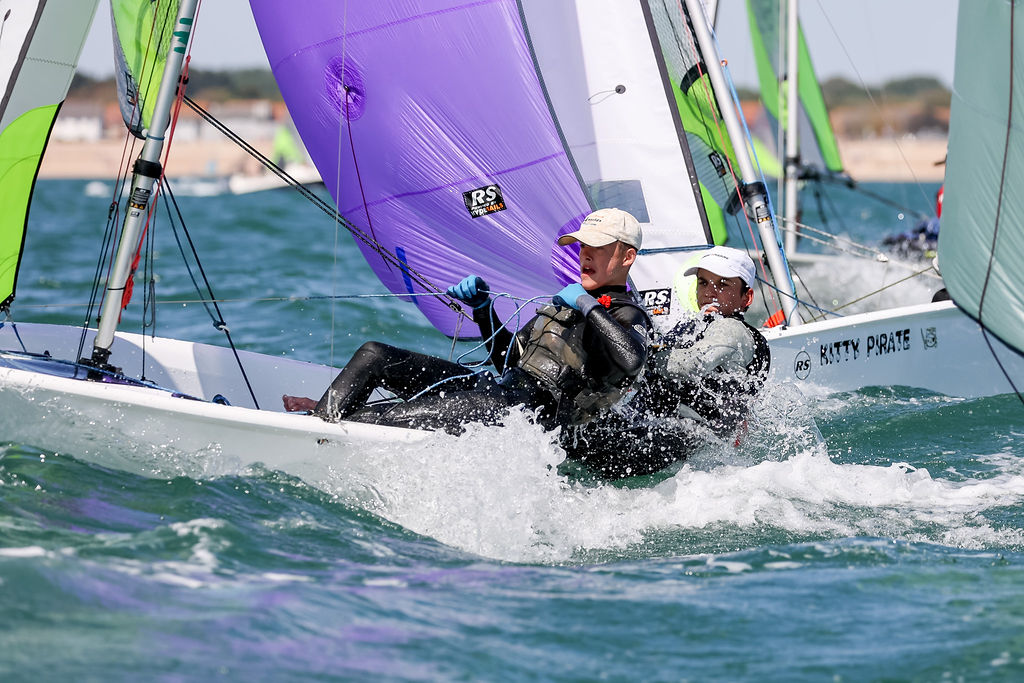 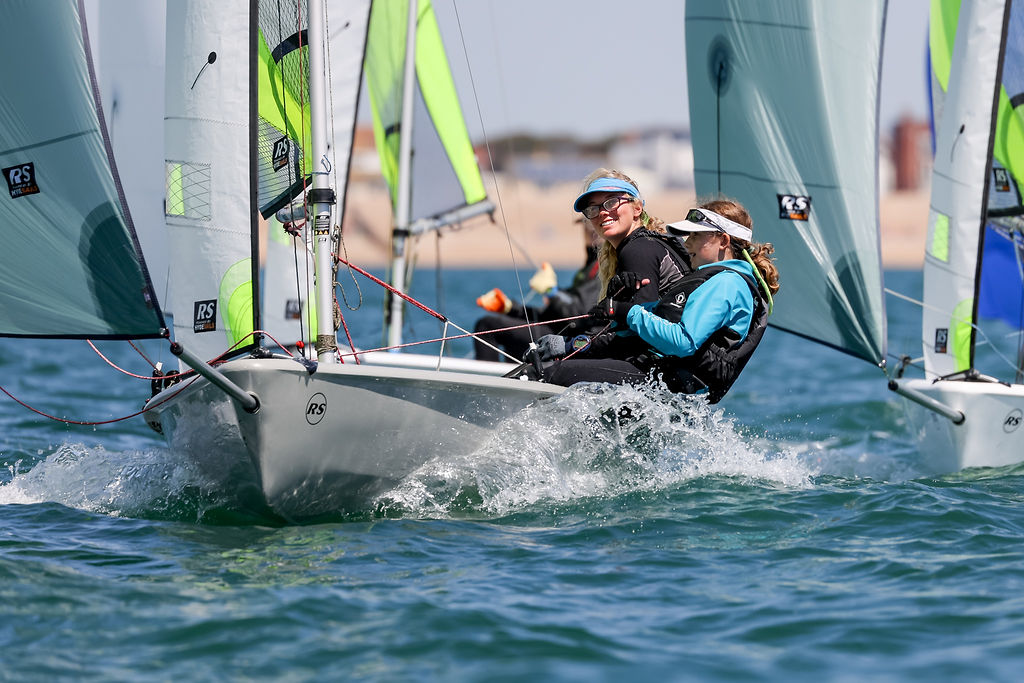 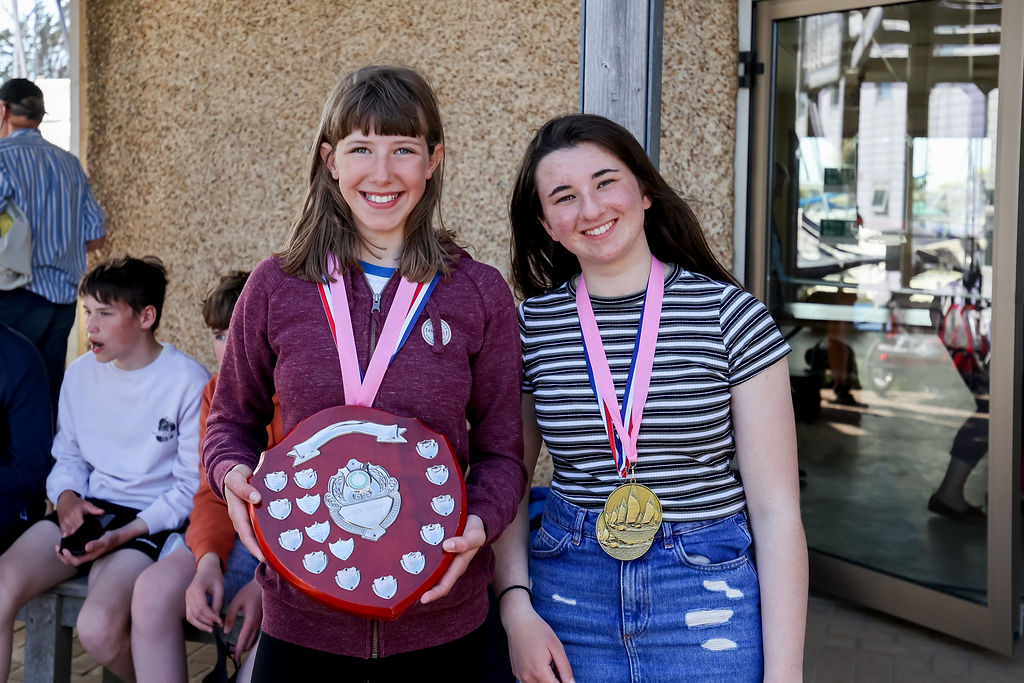