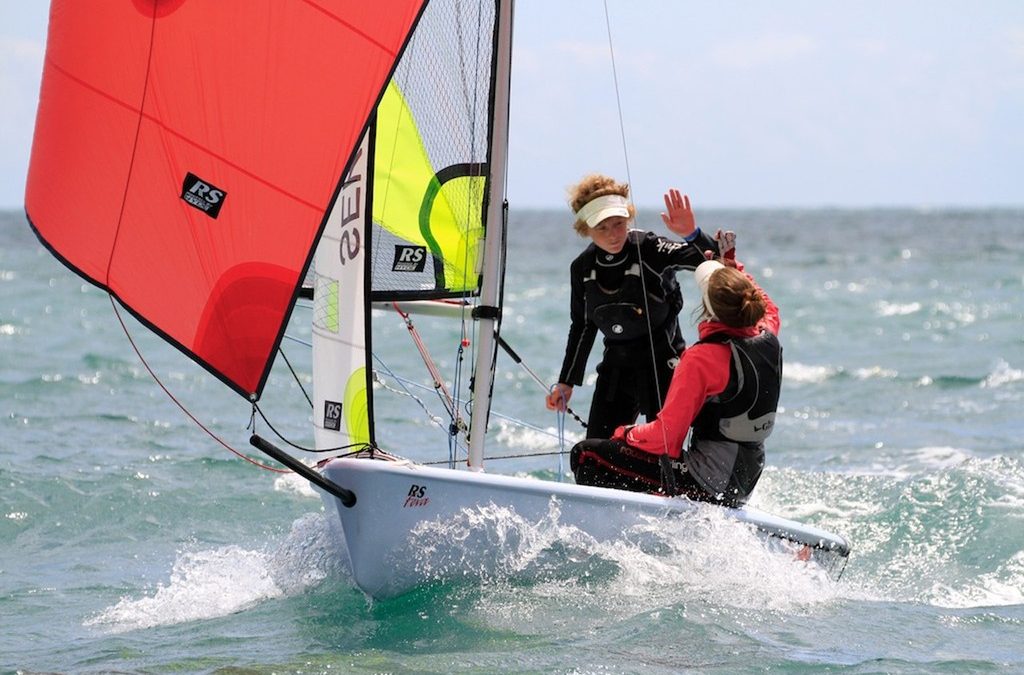 The RS Feva Nationals 2011 saw the duo of Owen Bowerman and Charlie Darling take the victory in a brilliant final day performance.

Performances began in style as the race team awaited the beginning of the battle by doing a full volume performance of YMCA in black tie on the cabin roof. Competitors were left amused and bemused in equal part. Chris Hoppens performance on the bow was particularly noteworthy.

At the gun for the days first race it was looking good for the long time leaders Matt Whitfield and Gareth Viney as their closest competitors , Owen and Charlie were buried. But then we saw the stuff that wins championships – a stunning recovery to second. The final day shaped up for an almighty tussle with Matt and Gareth dropping a point.

Next race proved ultimately to be fairly decisive. Owen and Charlie were away whilst Matt and Gareth got black flagged (seriously ironic after last year’s event when the boys picked up four BFD’s on the trot). Advantage O and C. The final race was the re-sailed R5 and the boys had unknown to them a Z-flag penalty still hanging over them.

All that was needed was steadiness by the mighty O and C – but they weren’t certain of that. So Owen and Charlie signed of in style with another win that we calculate would have given them the title by a solitary point even with Matt and Gareth’s Z penalty. Fantastic racing.

Debbie and Tommy Darling were very consistent and comfortable for their third place. Fourth and fifth also finished with drama with nobody being quite sure until the dust had settled. Robert Baddeley and James Taylor just had it from Morgan Peach and Herbie Harford. Jovian Short and James Barlow finished an excellent event with the last of the overall choices in sixth.

The Ladies title was also decided by a very tight margin. Whilst the OCS in the penultimate race was costly to Anna Prescott and Jess Eales they had to yield in the title race to the most excellent Emily Peters and Augusta Redding. A deserved third place went to Gemma Bird and Morgan Dibb.

The Junior title went to last year’s runner up Jemima Lawson and Jenny Cropley with Joshua Belben and Jonathan Baddeley with Jamie Smith and David Brand a fine third. The silver fleet was won by a huge margin by Tom Joesbury and Ollie Sellers. A master class indeed and perhaps the first day mishap during qualification had them effectively in the wrong fleet. Still brilliantly sailed though. Second were Alex Cole and Will Creaven with third taken by Max Matthews and Guy Rivington.

Top Club were HISC with the three out of the top four boats. Top Zone for the Anemoi Regional Challenge went to the North Zone (ie no National Squad sailors or Adults) with the winning team members being: Will Robinson and George Hunter, Misha Radionovsky and Toni Duffy, Angus Inman and Joe Hills.

As ever Sekonda Watches have been fantastic sponsors and events such as this need ones of this calibre. Many thanks indeed. Finally, given that there are far too many stories for this article I just need to repeat the brilliance of the club, the selfless duty by Penny Clark as class judge and the personal effort by all the Morris and Shelley families and Rob Shelley in particular. 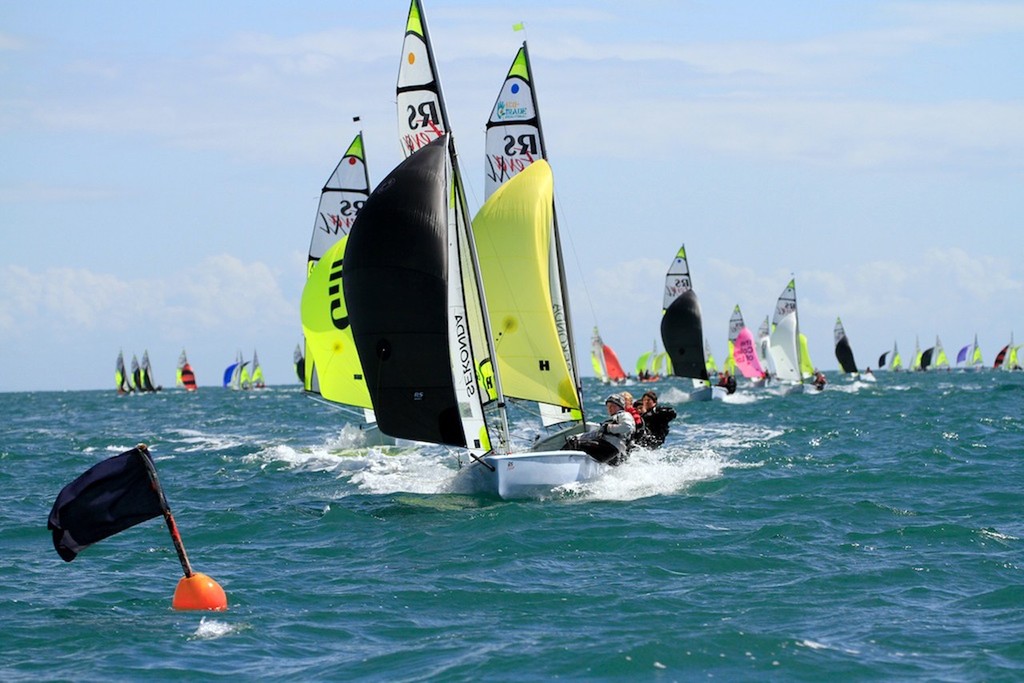