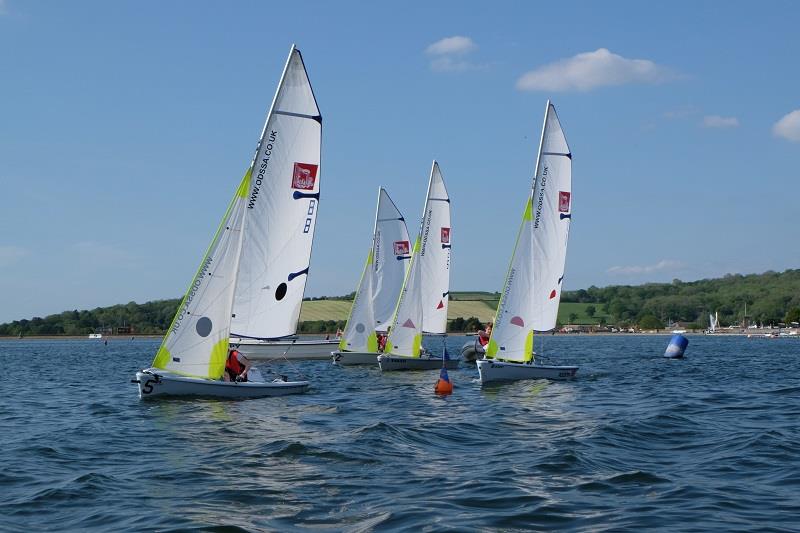 The two boat teams raced in bright sunshine with light winds, and after 9 races the ‘HISC Hotshots’ had only conceded one race, qualifying them for the semi finals. Oxford Team Racing Academy joined the semi’s with only two losses; whilst Draycote Destroyers & Astra All Stars took the other two semi places. 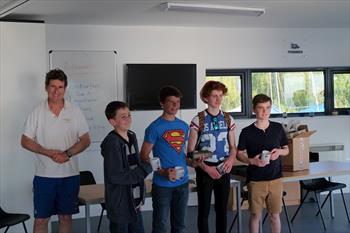