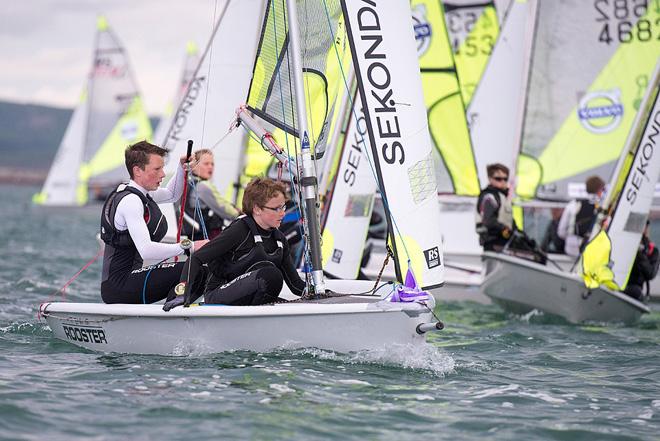 After a difficult second day in Portland Harbour, the wind also struggled to materialise for the final day of the Sekonda RS Feva UK National Championships. With only four knots, the Silver fleet glided slowly across the start line but once Gold had started the wind swung and the wind dropped to two knots so both races were abandoned.

Eventually, Gold was restarted whilst Silver was made to wait. Arran Holman and Angus Kenp lead from start to finish with Piers and Freddie hot on their heels but unable to overtake them. The wind shifted left again so the Race Officer raced up the course to finish Gold fleet at the second windward mark.

The course was relaid yet again and racing resumed with Silver away first as the breeze started to build. Drew Wright and Matt Beck took line honours in Silver whilst in Gold the Lithuanian team of Simonas Jarsovas and Gabriele Petraityte sailed an impressive first beat to lead at the first mark. Harry Barker and Josh Beck overtook downwind to then win from Harvey and Bobby with JJ and Ben in third. The wind built for the penultimate race when Harvey and Bobby showed their class to win again which was enough to take the title with a race to spare. With rain clouds gathering the wind swung but a final race was sailed in 12 knots Piers and Freddie took the gun whilst a second for JJ and Ben gave them second overall although tied on points with Will and Matt Taylor.

2014 was a varied and exciting championship with everything from glorious wind to flat calm, sun to torrential rain. The WPNSA Race Team organized a superb event whilst the RS Feva volunteers on the safety team and beach were vital to the success of the event. Penny Carter the UK Feva Class Judge was kept busy on and off the water and her protest team of Feva sailors learnt a huge amount with her guidance.

Well done to all the competitors but particularly the following prize winners: 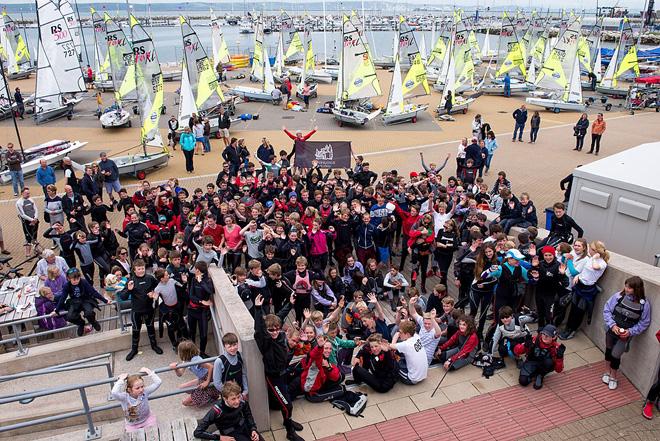