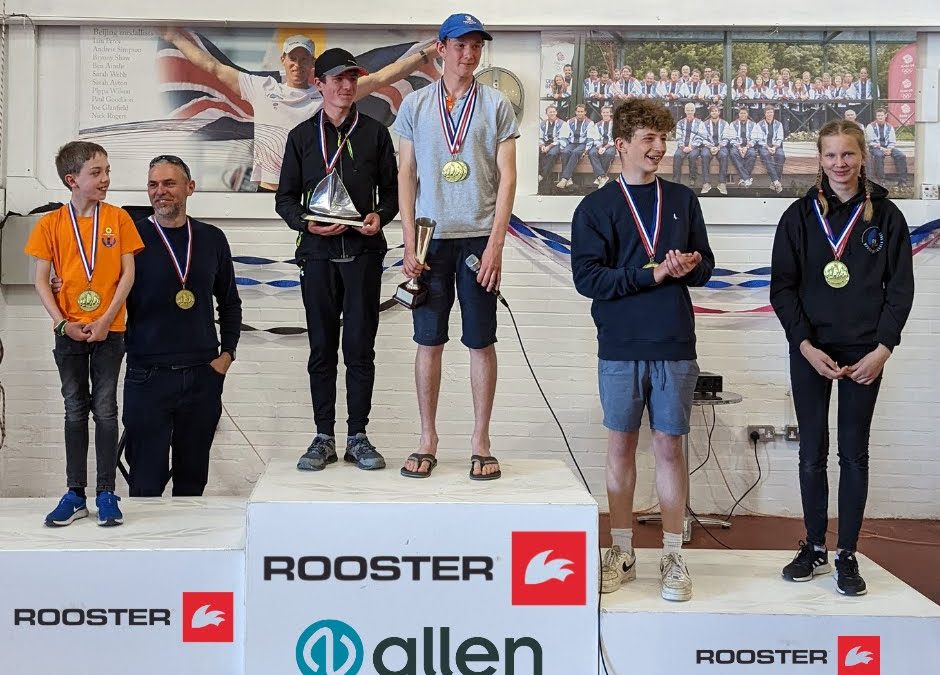 An intense four days racing at Weymouth and Portland Sailing Academy saw a very fair championships with a mix of conditions for the sailors. Full concentration was needed in the first two days of light winds, followed by some breezier days, this resulted in a shuffle of the results.

The first two days also saw Port Dinorwic’s youngest team Ben Greenhalgh and Tom Sinfield claiming the first bullet of the championships and holding second position followed by family team Bruce and Joel Keen from Stokes Bay drawing on points on the end of day one. Nia Mecklenburgh and Harry Baddeley from Royal Lymington Yacht Club took their first bullet  on the last race of the day, race three.

Race 7 – Ethan Hill and Alec Stanley from Hayling Island took their first Nationals bullet, with Tristan and Finlay coming in 2nd place and Bruce and Joel with 3rd place.

Race 9, Tristan and Finlay came back with their first win of the day. Second place went to Bruce and Joel Keen and third place to Freddie Sunderland and Stella Nygård from Draycote Water Sailing Club.

That takes us to the final day, Freddie and Stella stayed in the top positions throughout the day taking a bullet in race 10, with Tristan and Finlay coming 2nd and Bruce and Joel in 3rd place.

Race 11 saw Tristan and Finlay coming back for another bullet, with 2nd place going to Jac Bailey and Ben Sinfield from Port Dinorwic and 3rd taken by Freddie and Stella.

Race 12, the sailors were truly competing for final position with Tristan and Finlay claiming the last bullet on the championships, the next two teams similar to the race before but this time Freddie and Stella took 2nd place and 3rd was claimed by Jac and Ben.

An amazing effort by all the sailors, for many it was their first Nationals and for some their first event or even their first sail together. We are very proud of all of you, and your achievements.

Thanks goes to our sponsors Rooster and Allen Brothers, both donated many prizes for the sailors with new kit and hardware. Digital Sailing captured the spirit of the Nationals with some great photos and video footage.

A Big thanks goes to WPNSA for hosting the event, Sally Reynoldson for the help and support to get the event planned and delivered smoothly. Thank you to Mark Woods the Race officer who made the racing run efficiently. There are so many people to thank by name, so on behalf of the competitors, their families, supporters and the Class Association we thank you for the passion and commitment you showed to support us, it is truly appreciated, without you this event would not have been possible.

A new edition to the National championships was the The CKE Cup, in remembrance of Jon Lewis, this was awarded to Ethan Hill and Alec Stanley from Hayling Island Sailing Club for being their first feva nationals with the highest placing outside the top ten. 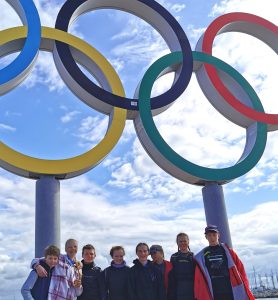 Full Results can be found here